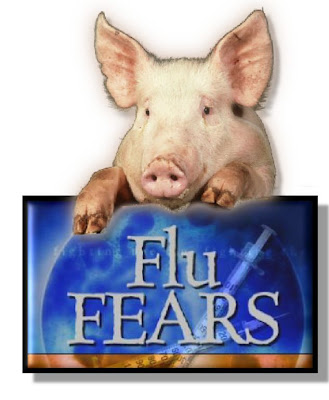 Bear with me on this one...

My wife and I were married on Nov. 17, 2007. Like any good Ag, I made sure the wedding was scheduled on the off-week before the Texas football game. With the big game just a few days later, we decided we didn't have enough time to take a proper honeymoon. (If I ever need proof that I married the right woman, all I have to do is look back to that week, when she didn't put up the slightest fuss over watching a football game instead of going on a honeymoon).

As it turned out, staying in town proved to be a good decision. A&M upended No. 11 Texas by a score of 38-30 at Kyle Field, marking the second straight victory for the Aggies over the Longhorns.

Now fast forward a year and a half to this month.

Around Christmas 2008 we finally booked our honeymoon, May 2-9 at the lovely El Dorado Royale resort south of Cancun, Mexico. Sure enough, about a week before we're set to leave, news of the Swine Flu breaks. Despite warnings by the US government and numerous family and friends, we pressed on with our plans. It turned out to be a GREAT decision--the vacation was spectacular and the resort was nearly deserted after so many people cancelled their trip with Swine Flu fears.

However, we are back in College Station now and have passed the 48 hour mark that doctors say is the incubation period. I am proud to report there's not a whiff of Swine scent in the Brown house. We survived with minimal damage (maybe a little sunburn and a one-day touch of stomach trouble thanks to some sushi at the resort).

It's a common jokes for sports fans to say that a tough loss by their team has made them physically ill before, but I wonder if anybody has actually caught any disease from going to a game (or in our case, postponing vacation plans in order to see a game)?

Sorry for the long gap in posts on the blog, and I'll be working to get some regular content up for your reading pleasure.
Posted by True Brown at 7:33 AM